I had been looking forward to seeing Clerks II and was planning to go to the cinema to see it, but I gave in and downloaded a copy.

I had a choice between 2 TeleSyncs: a 1-disc Xvid and a 2-disc SVCD. It was a close-run thing but I thought that the SVCD copy was (maybe) slightly better in quality and anyways, it would give me an opportunity to play about with DVD-lab.

Firstly, I fired-up VCDGear and extracted the MPEG-1 goodness. I found an easy to follow tutorial and proceeded to add the .mpg files to my project, DVD-lab demuxed the audio and video successfully, but choked when it came to transcoding and resampling the audio for the first disc, so I had to play around with BeSweet and managed to create a pair of 48KHz .wav files without too much hassle.

I hadn’t used DVD-lab before, but it was easy to add chapters and compile a “no-frills” DVD. I didn’t reencode the video and the resultant DVD actually comprised 2 titles (1 for each SVCD), but after creating an image and burning it, my DVD player never knew the difference. My only complaint was a slight click in the audio, but I was happy with the fruits of my labour. 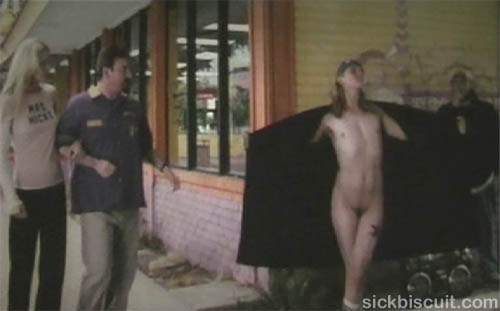 The movie itself was excellent and as far as sequels go, I’ve see a lot worse. Nothing could have been better than the original Clerks, but Kevin Smith definitely gets my seal of approval for this one.

One of my favourite scenes was Jay parodying Buffalo Bill dancing to Q Lazzarus' Goodbye Horses in Silence of the lambs. And there was even some Inter-species erotica near the end, what more could a deviant ask for? If I could get that song out of my head and off my hard-drive…

Jason Mewes' character, Jay, wasn’t the same this time around though. But what do you expect, the lad is now in recovery (Bill W, hell yeah!) and looking good for it.

Sell a kidney if you have to and go see this movie and if you have any money why not buy Silent Bob’s coat?