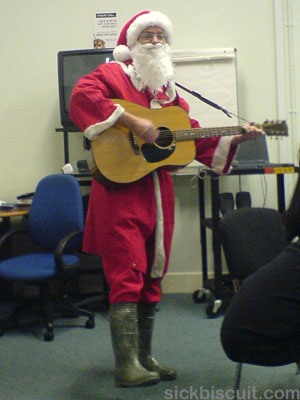 It’s that time of the year again and is customary at the VDA we had our Secret Santa jollifications this morning. Once again, Paul proved himself man enough to fill the big guy’s boots and surprised us all by making his entrance with a guitar and serenading us with a rendition of Slade’s Merry Xmas Everybody. Good show old chap!

Next up was the main event: the distribution of gifts, yee ha! About a fortnight ago the names of all participating staff (yes, some choose not to partake in the festivities, humbug!) were put into a hat and we each drew one. I only got my act together yesterday but got creative with the wrapping and printed out a couple of full page images of neurons within the neocortex from the Blue Brain Project, thanks Google Images!

Upon receipt of a copy of Huxley’s Brave New World Sinead instantly guessed I was her Secret Santa and she is either an accomplished actress or she genuinely liked it, result! I was handed this ominous looking package: 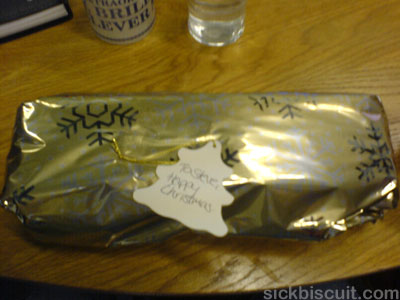 I couldn’t even guess at what it was and when I opened it this was awaiting me: 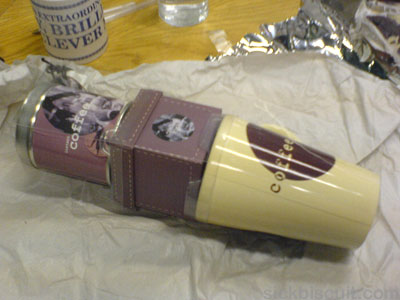 How appropriate! And by the power of Java here is an action shot of my new paraphernalia: 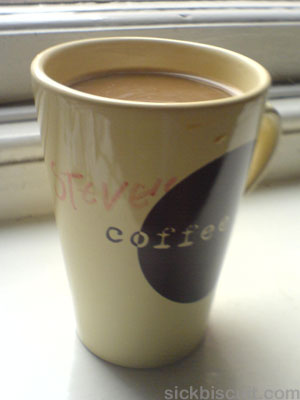 Also included in the set were some cinnamon sticks, a mini grater and some “French Vanilla” coffee powder: I forgot completely about the cinnamon when I was getting the Joe, but might well give it a go later. I don’t know about the coffee powder though, I only resort to instant when I can’t get the real thing. All in all a very thoughtful gift given my reputation about the office as a coffee fiend. Phil on the other hand got an edible posing pouch…