For the last couple of years my cryptocurrency trading has focused on doing a carry trade between the Bitcoin spot and derivatives markets. This has involved buying spot Bitcoin and selling short a corresponding quantity of perpetual swap contracts and/or futures contracts. The mathematics of this trade are described in this in-depth article .

To trade futures I’ve been using Deribit as they now offer contracts that settle up to a year in the future which I’ve found useful for longer term planning, especially when I’m borrowing against my spot holdings to increase the size of my position.

Data wants to be free

I had been using a free service to visualise the annualised yield across the various maturities but it has since gone subscription only and since the market data is freely available via API I was determined to create my own replacement.

Building something with Elixir has been on my list for a long time so when a well-defined task like this came along I’d no excuses not to give it a go.

Pulling JSON down from APIs and rendering charts are things I’ve had to do regularly in the past so it was mostly a matter of hammering queries into a search engine until I’d some code that gave me the data I wanted and then figuring out how to jam that into a single page Phoenix web application. 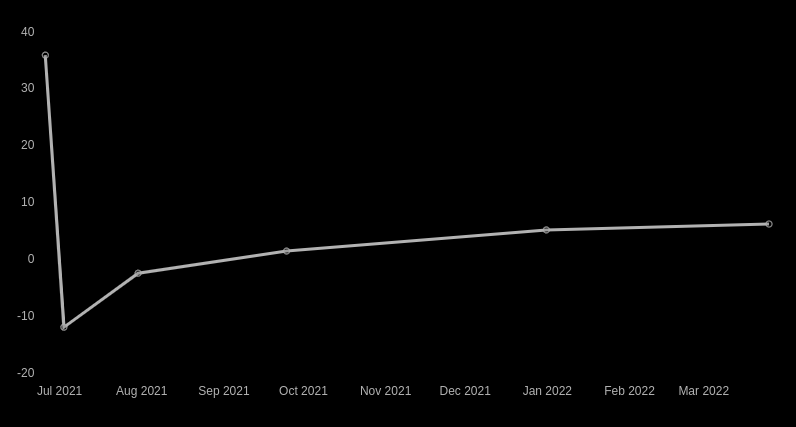 The end result shows us the strange looking combination of the front quarter contract being within a day of settlement with backwardation creeping into the rest of the curve. This is a no-trade zone for me and an explanation of why I have the time and motivation to tinker with this.

Producing something useful is always good and it was interesting to see the similarity between the functional aspects of Elixir and Ruby. For a bog standard web application I’d probably stick with Rails as that’s what it’s suited to but for something that needed a high level of fault-tolerance and concurrency then I’d consider Elixir and Phoenix.

The app is running at deribit-futures-curve.herokuapp.com and the code is available on GitHub.